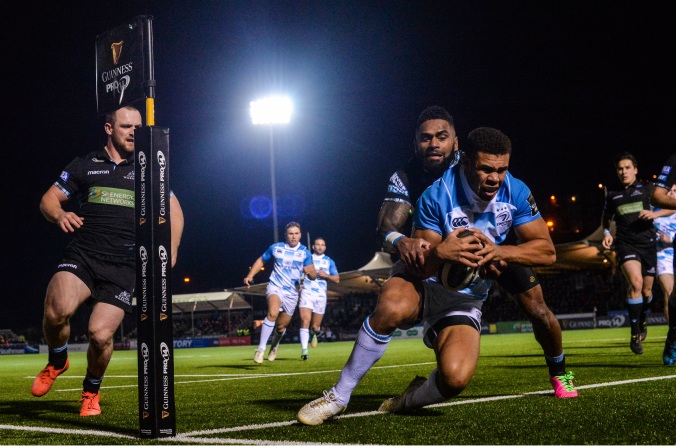 As I type up this preview on Black Friday, I hear about all the bargains available from various retailers and definitely feel the temptation to splurge on lots of stuff I don’t necessarily need. I keep refocusing on Leinster this weekend and notice that they too have a big sale. On their website today, it says “Give them the gift that keeps giving, tackling, passing, jumping, mauling, driving, rucking, scoring…”. Nice tag line, but they left out ‘winning’. Of all the bargains on Black Friday, Leinster is by far the best value for money, sure all year round they keep their production lines well stocked so they can keep selling dummies, cutting passes and saving tries!

After two rounds of back to back Champions Cup fixtures, Leinster sit top of Pool 1 undefeated. This weekend, we head back into the Pro14 were Leinster also sit top of Conference A, also undefeated. To say that Leinster are heading into the festive season in flying form is an understatement. The entire squad is developing so well again this season, but will be tested hard this weekend with an away trip to Scotstoun to face Glasgow. In my opinion, this fixture along with the annual trip to Thomond Park are among the key games each season. Both venues are the toughest to come away with a win and can tell you a lot about where your team is at.

The last time Leinster visited Scotland was in the Pro14 final, against Glasgow, and sure we all know how that turned out! Undoubtedly, Glasgow will be looking forward to this fixture as it gives them an opportunity for revenge and lay down their own marker in the league by being the first team to beat the champions in the 2019/20 season.

Leo Cullen has done a fantastic job of rotating his squad and incorporating a good balance of experience throughout the match day selections. So far this season, I don’t think any player has disappointed, everyone seems to be stepping up to the plate, especially the young guns who were left the keys to the house while the Irish internationals were in Japan. Needless to say, some of these internationals will be pushed hard to retain their jerseys, which is great to see as competition for places within the squad is exactly what you need in order to further develop the players.

After the return of a lot of internationals last weekend, Cullen has opted to rest the vast majority of them this week and give more valuable game time and big game experience to the younger squad.

Here’s the team selection for tomorrow:

In the past I’ve had a habit of feeling nervous about these type of selections. Thoughts like “there’s not enough experience in the selection” and “they might get bullied” would enter my mind. They are fair enough points given that Glasgow have selected a very experienced side for tomorrow, but there’s something very special about this young crop of talent. They are not fearful of anyone and have been the reason why Leinster are top of Conference A right now, and were a huge factor of winning the league last season. There’s a lot of unsung heros in this group, a lot of which have been selected for tomorrow. You only have to look at Ronan Kelleher who only started his first game for Leinster a couple of months ago, and already had the pedigree to step up and get two Champions Cup caps under his belt.
Hugo Keenan looks great this season, he’s been a very potent threat at full back and carries very well each time he has the ball. He could be a very regular sight on the team sheets this season. 11-14 is also a great selection, all strong play-makers. Will be interesting to see how Cian Kelleher gets on and Jimmy O’Brien has been exciting to watch in the centre. Based on recent performances, I’ve no doubts about this squad of players to put in another great shift.

Where the game will be won
Glasgow has been going through a serious dip in form in recent weeks, they hit their lowest following their last Pro14 game where they lost to the Kings. No offence to the Kings but Glasgow should be getting maximum points against a team that has never won on the road before in this competition. However, like a lot of teams in this league, there’s something about playing Leinster that invigorates and motivates a team. It’s often that you notice teams not doing so well but really get up for the Leinster fixture. I suppose everyone wants to take a bite out of the champions. Glasgow will be very eager to do just that, especially after their Pro14 heartache against us back in May. I would expect them to be very focused and driven tomorrow, and they’ll be no push over at home. They have selected a very experienced team, one which will put the young Leinster side under all sorts of pressure from the get go.
This game will be key for Leinster, it’s an opportunity for these young crop of players to test themselves against arguably the second best team in the Pro14 on their home patch. A win here will set Leinster up very nicely for the rest of the season as this fixture is one which you’d find hard to call at the start of the season. Beating big teams away allows teams to pull away on the table and it’s exactly what will happen should they come out of Scotstoun with a victory.
I think Glasgow will try to boss Leinster in the scrum and breakdown, it’s an area where they have a slight advantage on this week’s selection. Leinster will need to be switched on and move the ball around and try some offloading rather than get caught up in a forwards arm wrestle.

Prediction
Glasgow are always tough opposition at home and will be very determined to give their home crowd something to cheer about after their recent performances left a lot to be desired. They will be under no illusion that despite Leinster leaving out a lot of their first choice players, they will still bring a big challenge to their home ground. I expect Glasgow to try and bully Leinster up front and try to wear us down in the first half. I also think Leinster will expect Glasgow to pull us into an arm wrestle so they’ll most likely take more chances around the fringes. Cheeky prediction is that Hugo Keenan will get on the scoreboard in the first half, and Fergus Mc Fadden will bring his A game from the bench to secure the winning score in the second half. Whatever people say about Black Friday, I reckon tomorrow will be all about the Blue!