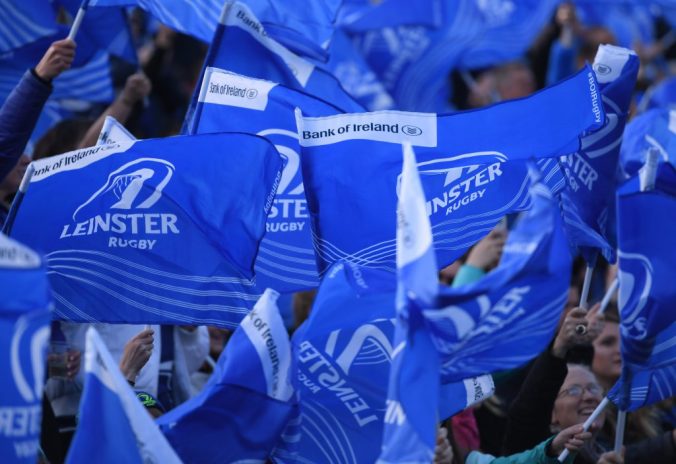 Aaaaaaaand we’re back!! After two weeks of top flight rugby in the Champions Cup, we’re back in the Pro14 where Leinster face a potential table topping clash with provincial rivals Ulster. The big hopes for this game is that we continue on the vein of producing top drawer performances like we saw over the past three weeks against Munster, Montpellier and Glasgow. The red hand is always a tough team to play against for the boys in blue and this fixture is always quite daunting when it’s at their hallowed home ground up in Belfast.

There are a total of 12 changes in the Leinster team that overcame Glasgow at Scotstoun last weekend. A lot of key figures are either being rested or are out due to injury. Let’s look at the absentees first before I get down to the nitty gritty of who’s on the team sheet. So, we are without Sexton, Henshaw, Cronin, Carbery, McFadden, Daly, Josh Van Der Flier, Ruddock and Bent. I know, it’s pretty scary when you read out that list but it’s not all that bad really. Well, it is pretty bad, but when you see who has come in to take their places, you should feel (like I do) a little more confident. The lads that have come back into the team this week are; Rob Kearney, Adam Byrne, Rory O’Loughlin, Jordi Murphy, Richardt Strauss, Andrew Porter, Ross Maloney, Cathal Marsh, Jordan Larmour. Oh, and how can I forget, Sean O’Brien, who will also captain the side tomorrow!
At this point, it’s extremely important to point out that if you needed proof as to how great Leinster’s strength in depth is, look no further than the marquee replacements that are available to take over for the marquee omissions! And remember, we also have three of our best players out injured too, Heaslip, Ringrose and Nacewa. So, all in all, this is a great selection given the circumstances.

Now, let’s take a look at the team sheet to see how it all looks:

I think this Leinster selection is very interesting and I’m very much looking forward to seeing how they preform together. For instance, there are some players in there that you would expect to see starting ie; Healy, Conan, and Luke McGrath. These three players were outstanding last week and perhaps Cullen has decided to give them a breather this week so that they’re ready and able to take on the challenge against Glasgow again at Scotstoun next week. However, we’re not taking on a weak side this week so surely Cullen wouldn’t be trying to rest players that we’ll surely need to win this game! With that in mind, it leads me to believe that Cullen knows that we actually need some of our strongest lads on the bench if we have any hope of winning this game. Perhaps in his mind, balance will be key to breaking Ulster down. I feel that Ulster tend to play their strongest and at their best for 60 minutes but have a habit of tiring out late on. Leinster rarely have this issue and have proved time and time again that they can snatch tries right up to the 80th minute and beyond! So, the starting 15 in my opinion can go toe to toe with Ulster’s, especially out on the wings and in the scrum. That being said, if Leinster can keep the scoreboard ticking over and not let Ulster get too far past us within that 60-70 minute mark, this bench that Cullen has selected might be too powerful for Ulster. So, cheeky prediction time, Jack Conan will score a try for Leinster late on in this match.

It’s great to see Rob Kearney back, he tends to receive a lot of stick from  the media but I think he’s had some really great performances for Leinster over the past 12 months. Yes, he’s not the same Kearney that we remember from 4 seasons ago, but he was excellent in the 6 Nations this year and has always had a calming influence on Leinster’s back line. He didn’t get into Joe Schmidt’s Autumn International squad this week by playing badly. It’s going to be great to see what he can do to secure his position again, as he must be highly aware that Carbery’s ability and sensational form at full back this season has made a lot of people think that he could be Leinster and Ireland’s future first choice full back. This great strength in depth and multiple talent in every position is surely a great thing for Leinster, there is literally no position in the Leinster team that any player can have one or two bad games as it’s so easy for Cullen and Co to replace them with a similar or even better player! This must keep the squad on their toes and pushes them to produce their best performance week in, week out.

Ulster’s form has been up and down this season, albeit they currently lie in second place in the Conference B table in the Pro14 with 23 points after 6 rounds. Leinster too have 23 points in the competition but Ulster are just about in front due to a superior points difference tally (+68 for Ulster, +67 for Leinster). This will surely add extra spice to tomorrow’s proceedings.

Where the game will be won
Ulster will feel under pressure to perform well in front of their home crowd tomorrow after their disappointing performance against La Rochelle last weekend. They could not withstand the relentless pressure put on them from the French side and once the cracks showed in defense, La Rochelle took full advantage, especially in the second half. Leinster will surely try to take advantage in the same way tomorrow! However, at home, Ulster are generally a different animal and are capable of toppling the toughest sides, but they will need to be very sharp in defense and able to absorb pressure from Leinster’s pacey wingers (Byrne and D Kearney) if they are to bag a win. Leinster will need to be on the lookout for Ulster’s influential and highly dangerous full back Piutau who will surely test Leinster’s defense from the start. I expect another great performance from Ulster’s Stockdale who has been their best player this season in my opinion. This winger has the ability to score tries and create others from almost anywhere on the pitch, he’s Ulster’s pathfinder and could be crucial to their hopes of winning this game.

The winning of this match will most likely come down to who is the more disciplined. This fixture is always a high pressure game in front of a sold out stadium of highly vocal supporters, but the games that Ulster lose at home are more often than not the result of their own errors and failings as opposed to being bossed around and outplayed. The pressure is always on the away team to deal with the noise and confidence exuded from the home side, and at Kingspan stadium, this is one of the toughest places to go and get a win. Whichever team handles the pressure the best, and can execute their game plan effectively and with confidence will win this game.

Prediction
Leinster hasn’t come away with a victory in Belfast over the last two seasons, and have  struggled to control/execute their game plan effectively on those occasions. Ulster generally play their best at home and I have no doubt that they will turn up hungry for a win tomorrow. The team selection for Leinster this week will cause headaches for Les Kiss and Jonno Gibes as they’ll be difficult to predict. Also, the quality of the pack and back three will surely cause the home side trouble throughout so I expect them to try and starve Leinster of possession and territory. But I think it’s the bench that will be the winning of this game and it’s within the Leinster bench that I see the biggest difference between the two sides. I expect the scoreboard to be quite close until around 65 minutes and then once the replacements have come on, we’ll start to see that extra gear from Leinster which should result in a hard fought and valuable win.